Program to record the data of people who present themselves for a casting. We have made four different versions. One was for a local television channel and the other three for an advertising agency. The interesting thing about these programs is that some of them are connected to a video camera to capture images, being able to record a video or just freeze an image of the person who participates in the casting. Of the versions made, we show two different examples that we explain below.

Example with link to video camera for image capture, incorporated in the tab. In this case, the program shows a card divided into four sections and a filter for the list of ratings: 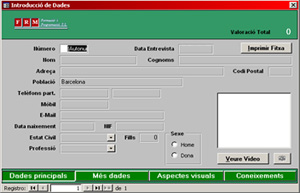 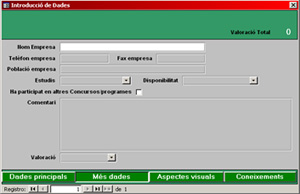 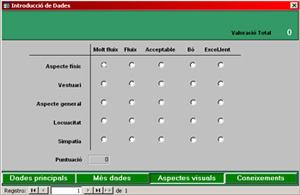 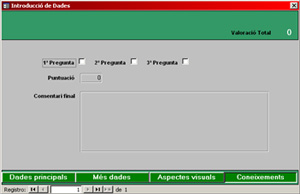 Example with different and simpler approach, without video camera capture: 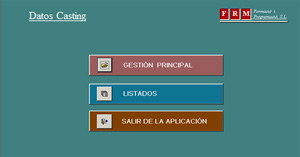 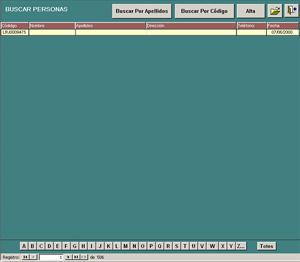 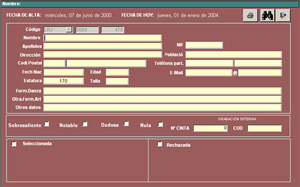 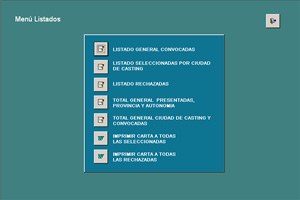 Applications made with Access and linked to Word. To use this application you need MS Access and MS Word. The examples shown are in Catalan (1st case) and Spanish (2nd case) languages. Note: The data inserted in the images are fictitious.